The place where we have just been on holiday is right next to a brilliant surf beach.. unfortunately dogs are not allowed on during the summer months.  So when the surf is up and we want to go play we have to take it in turns to stay behind with the dogs.  The coastal path and cliffs are beautiful to walk so it's usually a pretty peaceful time.. but if it is raining and you don't fancy getting wet the option of spending time in the tent or van is far less appealing.  PLUS I tend to get twitchy when I spend too long without making..  SO  I went well prepared :)

When my dear friend Heather came to visit a few months ago, she left me with a huge bundle of bright green merino fibre and a challenge to use it for 'something interesting' (previously used here).

I decided to spin one batt on my wheel - which I did a couple days before we went away.. and the other batt on my drop spindle.  Though the colours are the same the yarns are different.. this one is a 2 ply yarn, while the one done on my wheel is 3 ply - I Navajo plied that one (I love yarns that have been Navajo plied, they are so textural).  I have the 2nd half of the spindling batt left to do.. but think I may spin it on my wheel and add some green eyelash yarn to keep it a little different.  I have plans for all this yarn.. will keep you posted :)

And I just have to show you the beauty that we discovered in our garage when we got home!

Posted by FeltersJourney at 09:48 8 comments:

Well it's been all quiet from me lately because we have been away on our holidays.. we spent some lovely family time camping in Cornwall!  The weather was pretty nice.. though we did catch the tail end of hurricane Bertha, had about an hour and a half which was quite scary.  After 5 minutes of the 'wind' starting the tension band system (which is designed to protect the tent during high winds) BROKE!  The tent pegs kept pulling out of the ground.. Gary and Matthew had to keep racing round knocking them back in before the whole thing took off.  I managed to dash to the camp site shop and buy some real bad-ass heavy duty bad weather pegs .. I think they're the only thing that kept it on the ground in the end, 'cos it felt like we were fighting a losing battle until they went in.  Several tents on the field were broken, and one poor family having tied the tent to the roof rack on their car during the worst of it, forgot to untie and a day later drove the car off - taking the side of the tent with them.. such a shame.

It was break filled with out-of-the-ordinary moments..  the tail end of the hurricane being one of them lol.  Unfortunately I don't have photos of the following rather bizarre moments..

Later on hurricane day and still having very strong gusts of wind, seeing a young man strapping his surfboard to the side of his motorbike to drive home was unexpected.. I do hope he got there safely.

Seeing a tent with a satellite dish outside so the occupants could watch Sky TV was plain WEIRD.. it seemed like their were as many glampers as campers this time, the people next door even had a microwave!  (I just LOVE getting away from electricity while we are camping, the thought of taking electrical devices with me is enough to make me shudder).

The little boy in the next tent spinning and spinning, like a whirling dervish for more than 5 minutes without pause.. then just stopping and walking on with perfect balance!  Amazing..  I've never seen anyone do THAT before!

A combination of Spring tides and the effect of the weather brought high tide up a long way!  It was so weird one evening when high tide flooded the beach car park (actually on the sand) and came right up to the grassy area where a brass band played on regardless of the pandemonium breaking out around them as cars and surf hire businesses scrambled to evacuate the flooding area.. I couldn't help thinking 'how very British' :) - as Matthew said there was something almost Titanic-like about the scene with the band playing on regardless.

Of course the strong tides and weather meant the surf was amazing! Matthew had a wonderful time surfing on his new board and Rachael and me had a whale of a time on our body boards :)  Gary couldn't take his kayak out on the beach next to us.. the surf was too much for it really, but we took it in turns on the board so he still had fun.  We got 2 or 3 surf sessions in most days.. the early morning and evening ones were wonderfully quiet.

I've got LOADS of photos :) but I've whittled them down for you.. 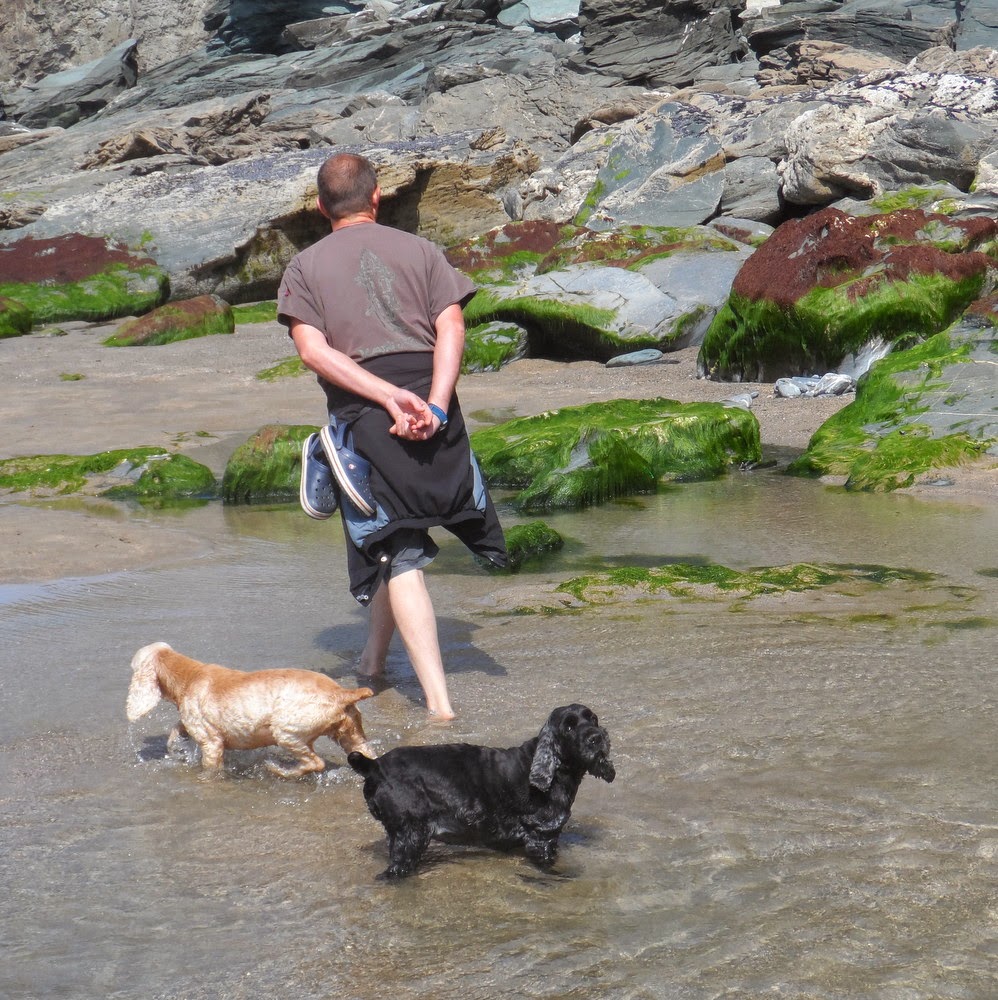 Oh and we did some celebrity spotting too.. we bumped into Damian Lewis (from Homelands & Band of Brothers) with his wife and children a couple of times :)

I'm not sure whether I shall get round to doing a fibre of the month for August..  The sample is done but time is just slipping away from me.

Posted by FeltersJourney at 11:58 6 comments:

Over the last couple of weeks I've been tinkering around, felting lanterns from Swaledale.. 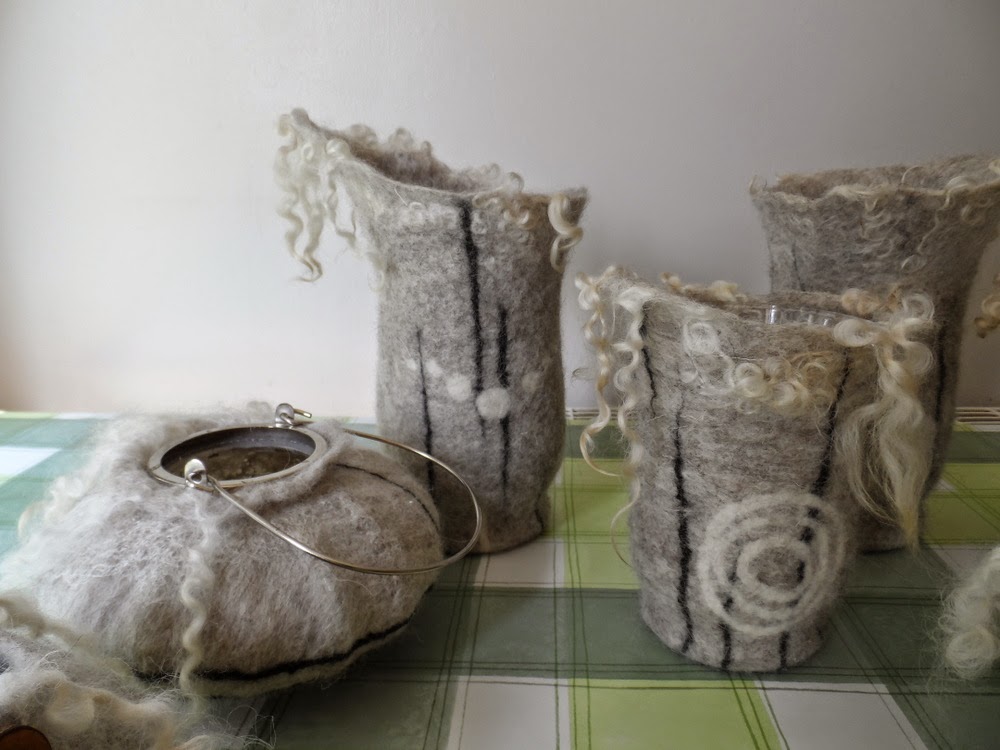 This morning I delivered them to the gallery shop at Haden Hill House (one of the museums I used to work in).
Posted by FeltersJourney at 13:59 6 comments: